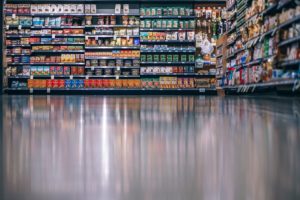 It was only a couple of years ago when Walmart Stores announced a new accountability program for its suppliers: On Time In Full (OTIF). This original OTIF initiative was driven to improve in-stock at the store level. Suppliers were measured on delivering shipments at their appointed times and delivering the complete load ordered. Failure in either metric resulted in a fine.

At the 2019 Walmart Supplier Forum, enhancements to OTIF were announced, which put a renewed accountability on Walmart Suppliers. The new measurements continue Walmart’s commitment to in-stock as well as committing to helping suppliers meet the expectations. Making improvements in OTIF performance not only improves in-stock, but also suppliers’ profitability. When suppliers are profitable, Walmart benefits.

Terry Clear, Director of Client Services for 8th & Walton, was a recent guest on the Conference Call podcast. He and his team have been working with suppliers since the announcement. In the interview, Terry explained the nature of the change to the initiative, what suppliers can expect, and how Walmart is helping them meet the new goals.

We began by asking Terry what all suppliers were anxious to learn at the Supplier Forum: What was the big surprise about OTIF?

“The big surprise was that On Time and In Full will now be two separate metrics,” Terry explained. “So the On Time portion will measure your performance related to delivery into the distribution center and the In Full performance will be related to how many cases were received on the purchase orders. They will be two separate metrics going forward.”

With the first question on suppliers’ minds answered, the next step was learning how they can track their own accountability to make improvements. Walmart is rolling out changes to keep suppliers in the know in the new split metrics.

“There will be changes to the OTIF Scorecard suppliers see in Retail Link®,” Terry continued. “The On Time portion will have new goals, and it’s really about if the supplier is pre-paid or collect, LTL or full truckload. It shows how products arrive at the distribution center relative to the Must Arrive By Date (MABD) compliance window.”

Learning From Past Mistakes

When the original OTIF initiative was a announced a few years ago, some suppliers dismissed it for two reasons:

Terry and his team consult with suppliers each week who wish they could turn back the clock and not make one of those decisions! After hundreds of thousands of dollars in fines (not to mention lost shelf and feature placement in the store), Terry offers sound advice to suppliers now faced with the new OT&IF and new decisions to make.

“One thing suppliers should do is understand what their new metrics will be and then evaluate their previous performance,” he says. “They need to think ‘if we execute to these new metrics, then what are our potential penalties?’ That way a supplier can identify where they need to make changes in the process.”

At the end of day, Walmart updates its expectations based on shopper demand. Today’s shoppers want their items on the shelf, at the curb of the store, or delivered to their home. One flaw in the supply chain can result in millions of dollars of lost sales with so many options. Terry sees supply chain strength as a major Walmart focus.

“Walmart is on a mission to get an outstanding supply chain,” he illustrates. “They started off in the first year with a low OTIF score around 75% then moved it up to 85%. Now they’re going to an 87% for pre-paid full truckload suppliers. They’re going to 95% fill rate for general merchandise and health and wellness suppliers. Food and consumables are at 97.5% fill rate and those metrics will be measured separately.”

Walmart wants suppliers to win, because better supplier performance means better sales for Walmart. In rolling out the new OT&IF expectations, the company also launched a new tool to help suppliers meet the new goals. Not only has Terry studied the tool and how to use it, but he also developed a two-hour class suppliers can take in Bentonville, AR or via webinar.

“The Order Forecast (previously known as the Supply Plan) is a forecast of future purchase orders,” Terry explains. “That’s one reason I believe Walmart has elevated the goal for Fill Rate. Walmart is now giving suppliers visibility up to 10 weeks in the future of what their purchase orders will look like. With this new visibility, there should be no reason why you can’t fill these purchase orders.”

Terry concludes with advice his gives suppliers when they first sit down for a consultation. Using the new tools to aid in meeting Walmart’s expectations is key to getting ahead of supply chain opportunities, surprises down the road, and stiffer penalties. 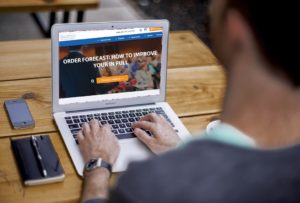 Since its inception, OT&IF has been a positive for Walmart and suppliers wanting to improve their supply chain. Driving the customer experience by keeping a focus on in-stock is setting a higher standard in the industry, which will undoubtedly be adopted by other retailers in the future.