Walmart suppliers have been hit with multiple issues in supply chain over recent months: 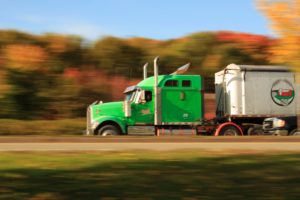 Colby Beland, Vice President of Sales and Marketing for CaseStack, has been helping suppliers navigate these waters since OTIF was first announced. He sat down with us recently for a quick update on what’s changed over the last year and what suppliers need to consider (and budget for!) as we head into the busier times of year.

Walmart’s recent announcement to widen delivery widows at its RDCs is great news for select suppliers. Beland has been following the OTIF evolution closely and explains how the initiative has changed in a short time.

“When Walmart first announced OTIF, the baselines were set in January 2017,” he notes. “At that time, the expectation was a minimum for LTL carriers of 33% minimum threshold or a 10% improvement if the baseline was higher. For full truckloads, it was 75%. Then, Walmart said coming into February 2018 (Walmart Fiscal Year ’19), the baseline for LTL would go to 36% or a 10% improvement and full truckload would go from 75% to 95%.”

Just over a year later, Walmart announced changes to its initial plan. Beland explains how the OTIF initiative was updated. “At the Growth Summit this year, Walmart announced changes that went into effect April 1. The new requirements are 50% for LTL carriers, which is a pretty significant jump in OTIF baseline for an LTL supplier. Full truckload, however, did not go to 95%. Instead, it went to 85% minimum threshold.”

OTIF vs. the Previous System of Supply Chain Reliability

Before OTIF, suppliers were held accountable for delivery compliance under the Supply Chain Reliability system. With the old system, delivery windows were wider and penalties were calculated differently. While some suppliers may not have understood how penalty calculations would dramatically change, Beland observes reality is finally hitting. 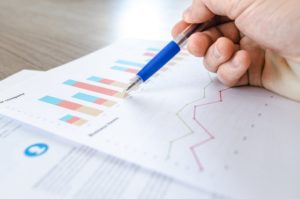 On Time In Full, he shows, is a completely different ballgame when it comes to calculating penalties. “With OTIF, if you’re an LTL supplier and your minimum baseline is 50%, let’s say you come in at 49%. Under the On Time In Full initiative, instead of paying a 3% penalty on that 1% difference, you’ll now be fined 3% on the 51% of the cases that were out of compliance. I think suppliers are just now starting to realize that the punitive side of OTIF is a little higher than with Supply Chain Reliability.”

Walmart suppliers have seen their costs for supply chain rise, and should continue to budget appropriately for 2018. Increased costs won’t necessarily be from Walmart, but from the lack of capacity to fulfill deliveries in the market. Beland explains how many factors hit supply chain all at once and derailed the system.

“OTIF rolled out in August of last year, which is right when suppliers start rolling into peak,” he begins. “You had the new OTIF initiative, peak season approaching, then there were three hurricanes back to back to back. It created a backlog at the ports and the rail yards across the supply chain. This took capacity out of the marketplace and carriers were trying to recover.”

Beland continues by illustrating how a positive economic impact can reflect negatively at the core of supply chain. “At the same time, unemployment was at an all-time low. When unemployment is low, drivers sometimes opt not to drive trucks. They’ll work in a warehouse, take a construction job, and make the same amount or more money. Plus, they’re home every night. Some drivers took this time to rebuild after the hurricanes. That took capacity out.” 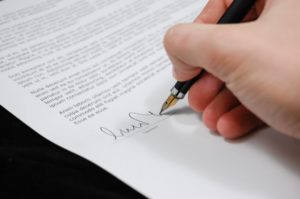 As suppliers have to keep up with OTIF guidelines changing and capacity depleting, one more hurdle is the US government. Beland concludes with recent updates on the national level that directly impact supply chain capacity.

“In December, a government regulation went into effect for Electronic Logging Devices (ELD). Basically, ELDs impact hours of service for drivers,” he explains. “That took a significant amount of capacity out. ELD became 100% required April 1 of this year.

“With the new OTIF requirements going live in April, you also have ELDs going live. The small independent carriers are leaving the market, which is also causing capacity to get tighter. Suppliers are challenged right now with rising costs and capacity issues. Capacity really impacts the ability to service. If you can’t get a truck, you can’t be on time.”

Need help in planning your supply chain efficiency? Colby Beland and team at CaseStack have multiple options for suppliers of all needs and sizes.